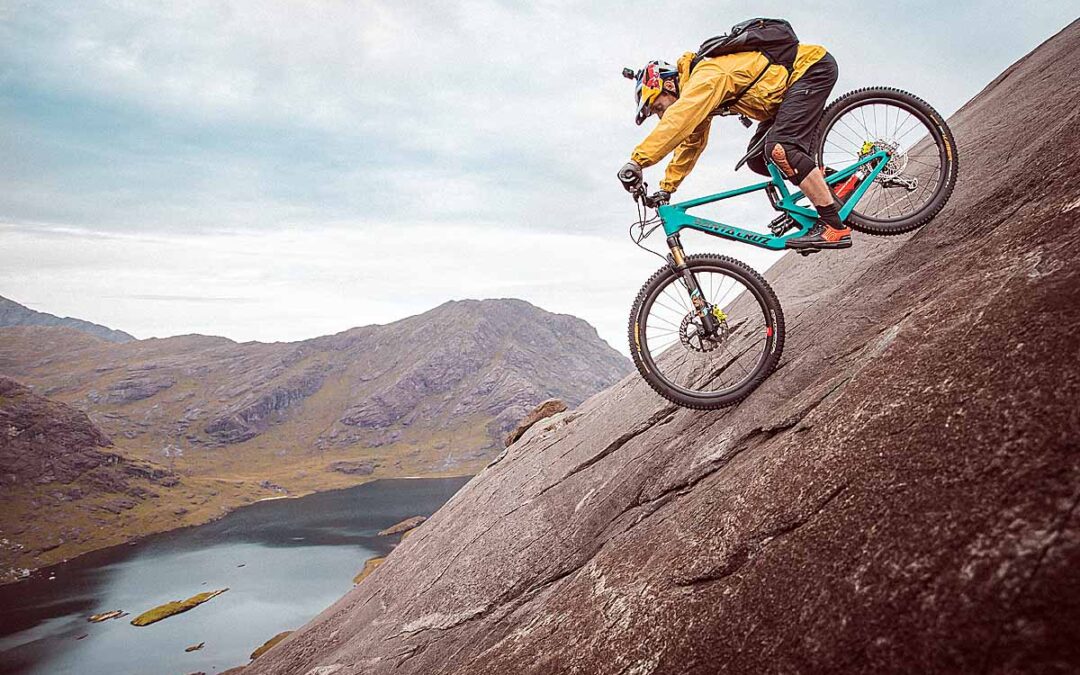 Red Bull Athlete Danny MacAskill Rides Down “The Slabs” Rock Face on the Island of Skye in Scotland.

The Slabs video follows 34-year-old daredevil and Red Bull athlete Danny MacAskill‘s vertigo-inducing descent of The Slabs climbing route on the Isle of Skye in Scotland. Talking about the Danny Macaskill mountain bike video he describes the experience as ‘scary’.

He scaled the moderate climbing route with his mountain bike to attempt this awe-inspiring feat. With a skilled drone pilot capturing his every move and jaw-dropping scenery, he cycles along steep ridges, with drop offs to the side. An ascent that many climbers would only attempt with ropes and harnesses.

“The terrain was so steep it was near impossible to film Danny’s ride using traditional methods. Our main camera, GoPro Hero 9, was mounted on a custom Built FPV drone, with two additional GoPro Hero 9’s positioned on Danny’s helmet and chest.”

Watch gravity defying Danny in action below and dig out your bike helmet as this will surely inspire you to want to go mountain biking. Once you’ve finished with the main feature video you can watch the behind the scenes making of “The Slabs” video to see how they filmed it all.