Ultimate Places Star Wars Was Filmed. Planets And Star Wars Places You Can Visit In Real Life To See The Actual Filming Locations

With the latest Star Wars: Episode IX – The Rise of Skywalker movie released to fans worldwide the Star Wars franchise has brought many planets from a galaxy far-far-away onto the big screen and into our homes.

Location scouts have travelled the world in search of filming spots to make George Lucas’ vision come to life.

However you might be interested to know that some of the spots are not quite so far-far-away and you can actually visit many of the places Star Wars was filmed as seen in the movies.

Some of the places Star Wars was filmed are quite urban while some are desolate rural areas especially for the desert scenes but are equally beautiful and jaw-dropping in real life.

Read on to find out where some of the other-worldly planets and best Star Wars places to visit are in real-life. 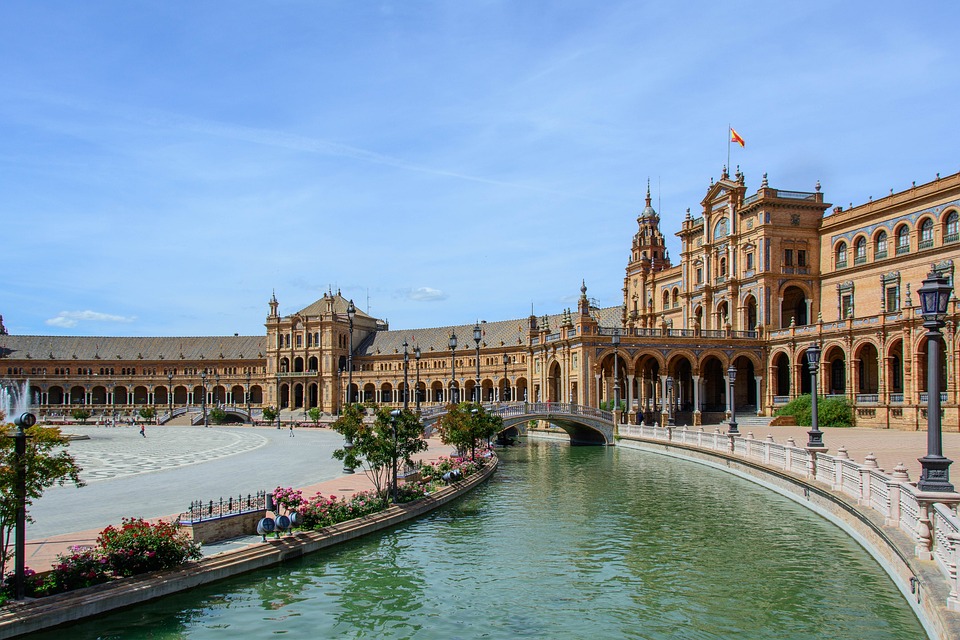 In Episode II – Attack of the Clones, Padmé and Anakin arrive at the Theed Palace on Naboo, a peaceful and idyllic planet inhabited by humans and gungans. The scenes of the plaza in ‘Attack of the Clones’ and ‘The Phantom Menace’ were filmed at the Plaza de España in Seville, Spain.

The real Plaza de España is a half circle with a moat and 4 bridges. In the films the plaza was dramatically expanded to a full circle and the iconic towers and green roofed dome buildings of Naboo added.

As a vibrant Spanish city there are plenty of accomodation options for you to take in the elegant Andalusian architecture, take a look below. 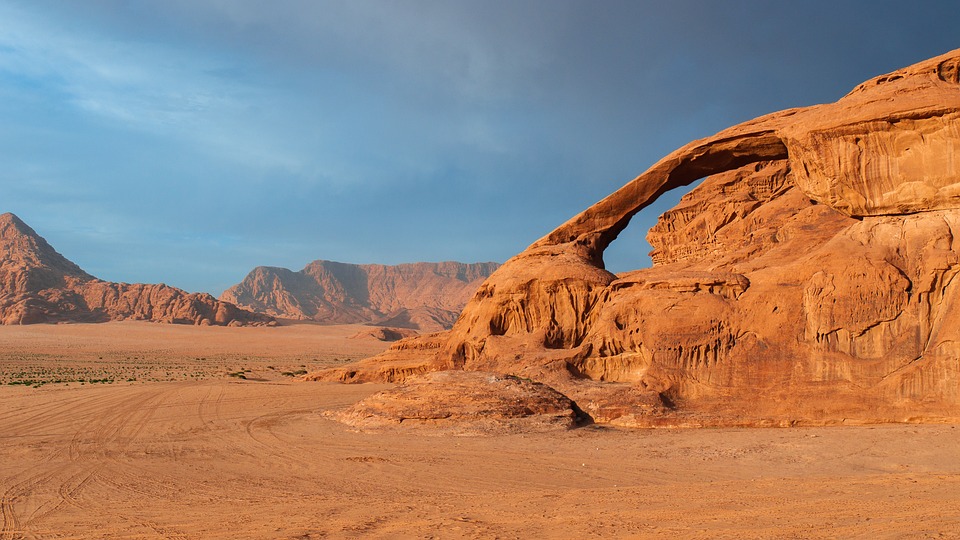 Wadi Rum in Jordan, also known as ‘The Valley of the Moon’ with red sandy landscape and dramatic rock formations certainly one of the more remote places Star Wars was filmed.

It features as Planet Jedha in the Rise of Skywalker during Rey’s epic backflip over Kylo Ren’s TIE Silencer.

It also provides the backdrop for the planet in Rogue One and as well as being one of the breathtakingly beautiful Star Wars places you can visit it has also doubled as Mars in Matt Damon’s The Martian.

Overnight options include camping and bed & breakfast. Stay in a traditional tent camp run by bedouins like Arabian Nights. 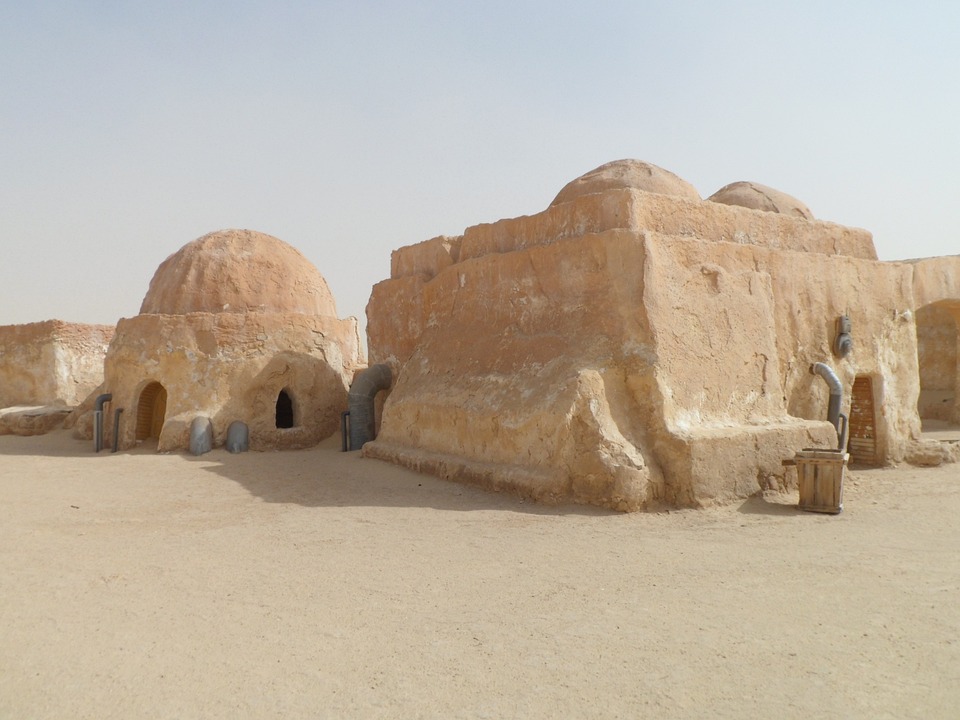 The desert planet of Tatooine is one of the most iconic places in the Star Wars films. The childhood home of Luke Skywalker and birthplace of Anakin Skywalker aka Darth Vader.

The underground house was originally built by Berbers centuries ago and later became a hotel, whereupon George Lucas used it in filming.

Tunisia is host to a number of locations in the films. The real-life Tunisian town of Tataouine was the inspiration for the planet name and much of the architectural styling in the films although much of the original filming took place in Tozeur a few hours away.

In the area West of Nefta lies the igloo shaped exterior of Luke’s house, filmed at Chott El Jerid and nearby is La Grande Dune site of the Dune Sea. While about 30 minutes away is the set of Mos Espa.

Several scenes have been filmed in the tip of the Sahara and parts of Tunisia (Tatooine) have featured in five out of nine Star Wars films.

Sleep in a hotel that used to be Luke Skywalker’s home or base yourself at a number of luxury villas on the edge of the Sahara. 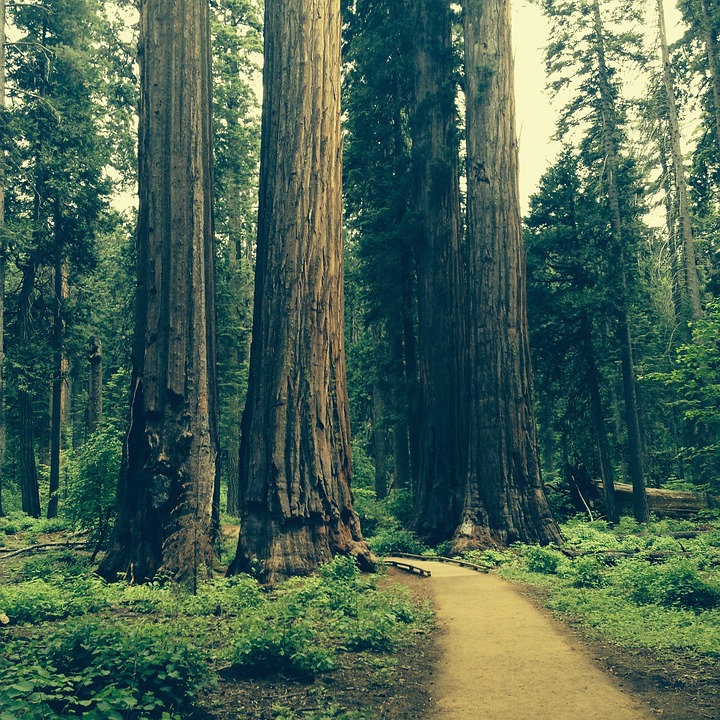 Planet Endor features tall forests where the lovable but somewhat dangerous Ewoks make their home in the groves of the giant Redwood trees.

Redwood National and State Park set the scene for the filming of Endor in Episode VI: Return of the Jedi.

If you’re up for a road trip then Redwood National and State Park is about a 6 hour drive from San Francisco. Most of the filming in the 1982 film was done on private land owned by a logging company.

Sadly a lot of the trees have been felled due to logging activity but you can still take in the sights and be inspired by the scale of the mighty Redwood trees, especially by driving along the Avenue of Giants Highway in Humboldt County.

In Redwood National and State Parks camping is the only option however neighbouring towns offer plenty of choice for accommodation, take a look below. 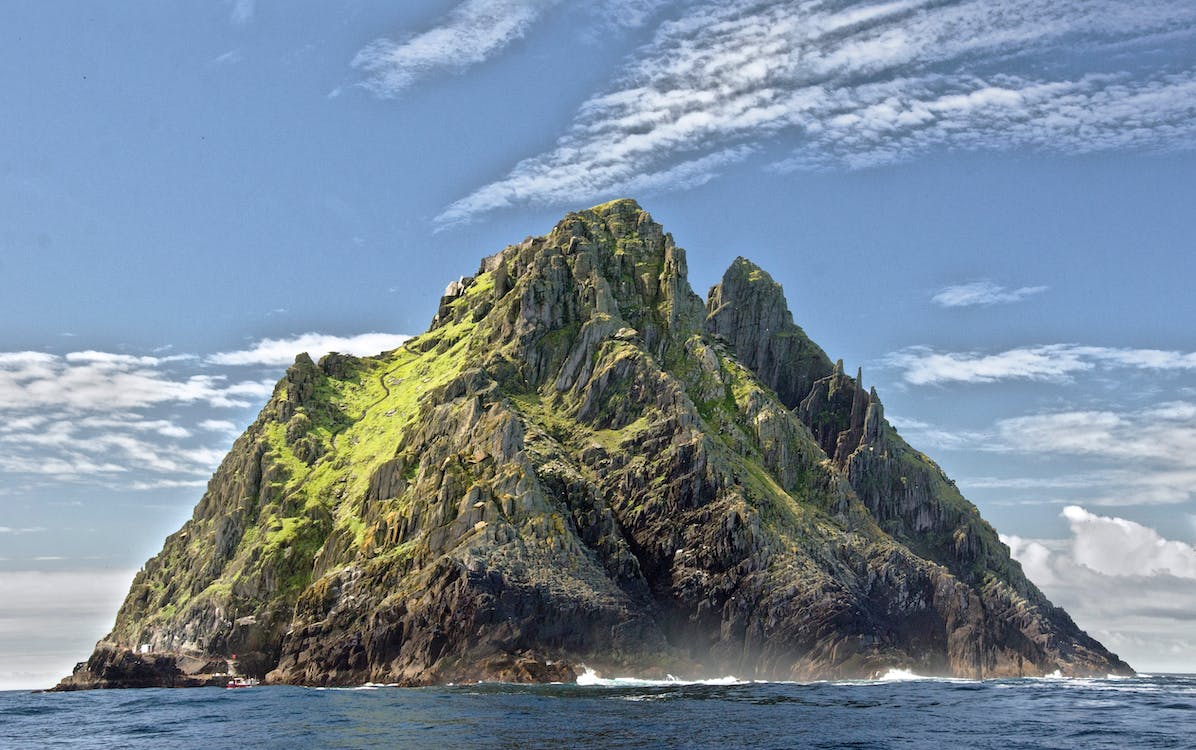 Planet Ahch-To is the place which features at the cliff-hanger end of Episode VII: The Force Awakens with it’s spectacular rocky outcrops jutting out from the sea.

The planet is important not only as the refuge for Luke Skywalker but also the birthplace of the Jedi Order.

The island, known as Skellig Michael lies about 12 Kilometers off the South-West coast of Ireland and is a Unesco World Heritage site.

One of the stunning places Star Wars was filmed, the beehive like stone huts on top of the island, are actually part of a sixth century monastery.

Accessibility to this hard to reach location discourages some visitors and limited boat landings are available up to 180 people per day between May to September.

Stay in Portmagee which is where most of the cast and crew stayed during filming. Check availability below. 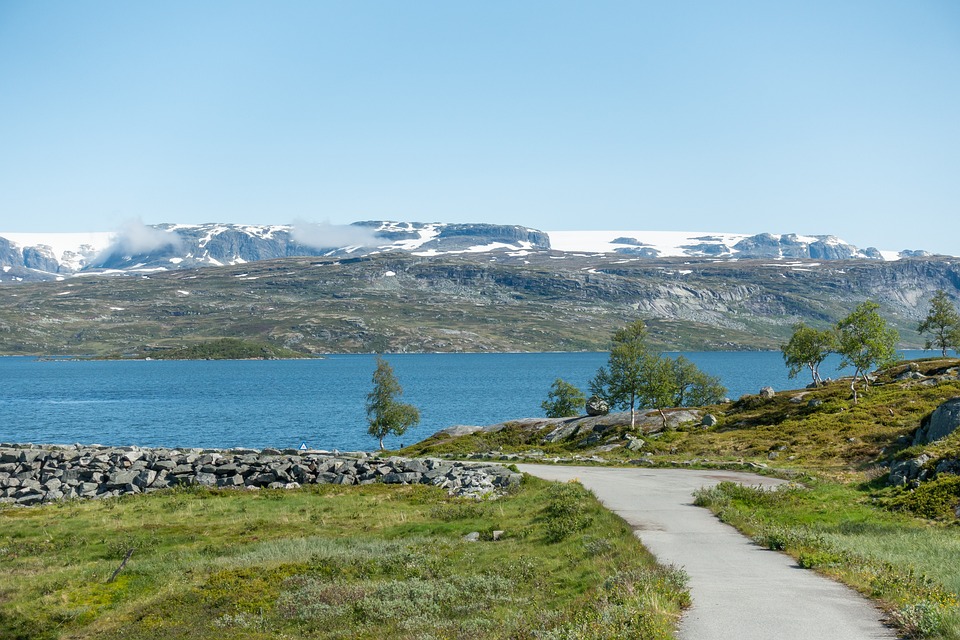 The snow and ice planet of Hoth in Episode V: The Empire Strikes Back was predominantly filmed in and around Finse, Norway with the main battle scenes filmed on the nearby Hardangerjøkulen glacier.

Parts of the snowstorm were filmed out the back of the Finse 1222 Hotel which overlooks the glacier and where the crew were staying at the time. 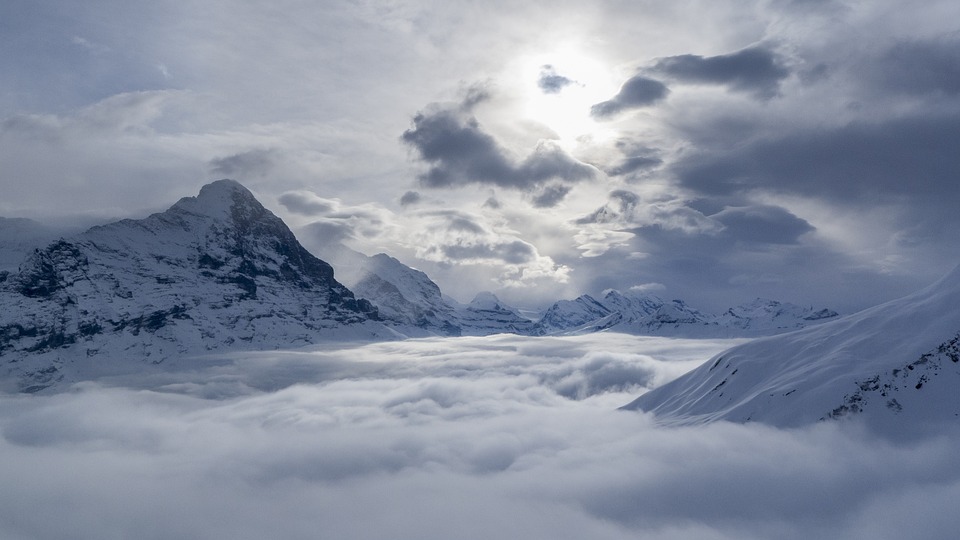 The snow covered mountains and grassy valleys of Planet Alderaan is where Princess Leia grew up.

In Episode III: Revenge of the Sith, filming for Alderaan took place in Grindelwald, Switzerland. Easily accessible, this is a mountain playground whether you visit in summer to enjoy the alpine landscape or in winter, known to be one of Switzerland’s top ski areas.

Plenty of options for staying close to the places Star Wars was filmed including hotels, B&Bs and chalets which are great for weekend escapes or longer stays. Take a look below. 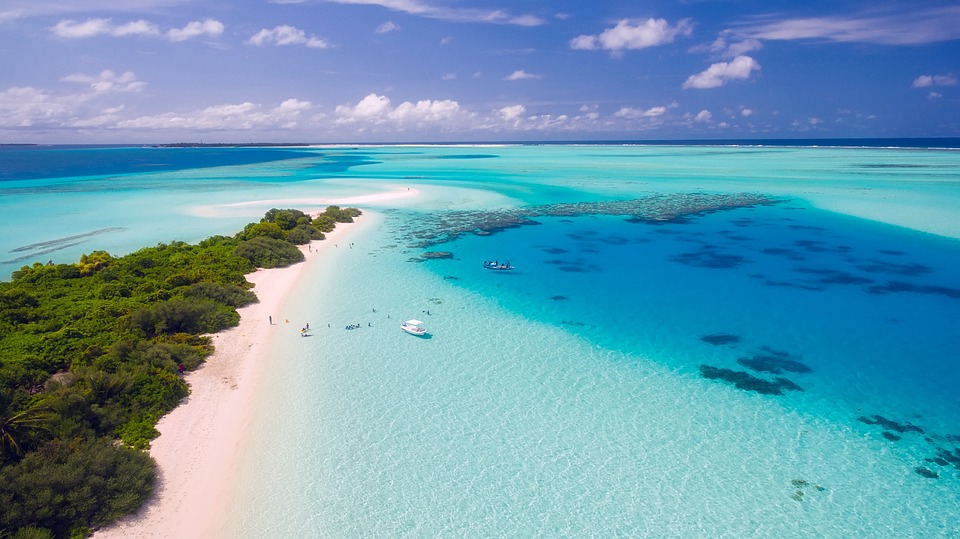 In Star Wars: Rogue One the Imperial planet of Scarif is where the Death Star plans are stored.

Filming for this tropical paradise took place in Laamu Atoll, part of the string of islands that forms the Maldives archipelago.

Being stationed here as a stormtrooper must have seemed like a promotion although being stuck in a hot stormtrooper armoured suit not so much. Maybe they were able to change into shorts and flip-flops when off-duty.

Explore luxury hotels in the Maldives. 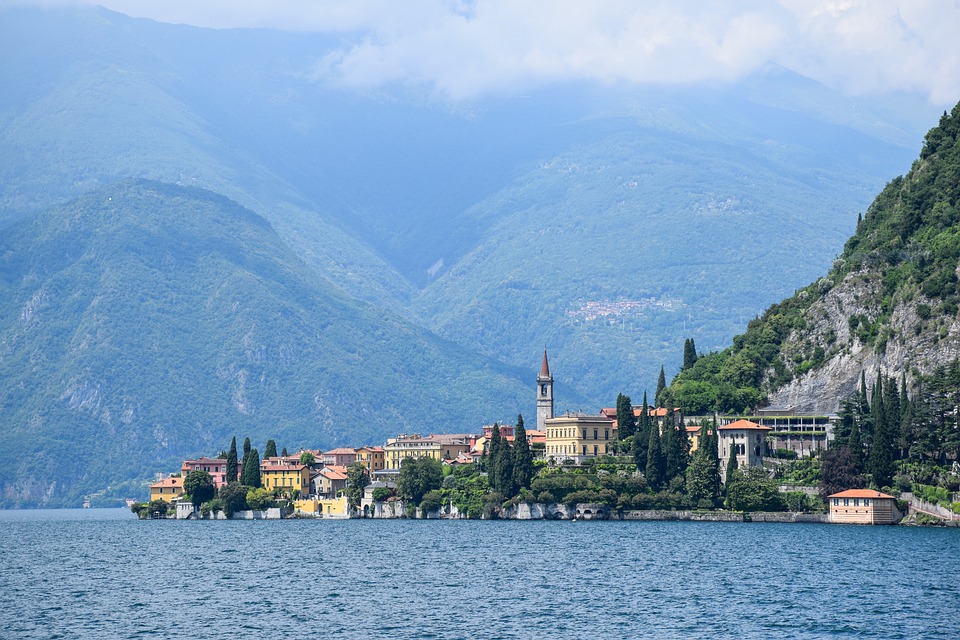 The beautiful shores of their lake retreat in Naboo are a picturesque view at the end of Episode II: Attack of the Clones where Padmé and Anakin hold their secret wedding.

Villa del Balbianello is the romantic setting on the edge of Lake Como (Lago di Como) with the terrace where the couple say their vows and has got to be one of the best Star Wars places to visit.

The villa hosts Star Wars themed weddings and gives ardent fans the opportunity to have stormtroopers there too.

Click here to find hotels on the romantic shores of Lake Como.