Kitesurf Session That Turned Into a Barefoot Triathlon 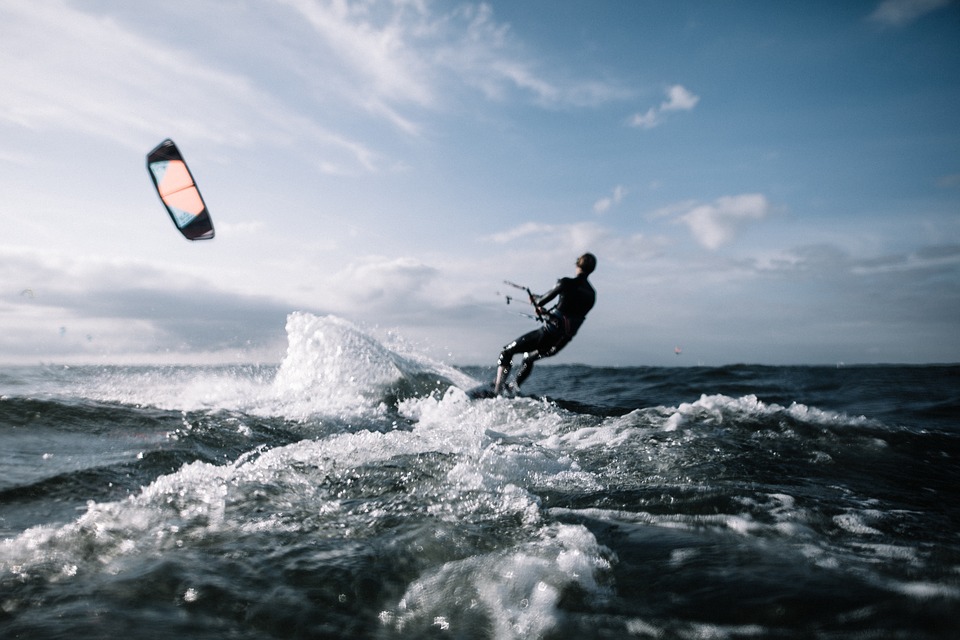 The Kitesurf Session That Turned Into a Barefoot Triathlon (Kitesurf Fail!)

Anyone who takes part in outdoor/extreme sports for long enough has some interesting tales to tell. I have far too many to count from watersports to snowboarding to hiking.  The following is a recent account of a kitesurf session mishap that ended in a barefoot triathlon of sorts. Things don’t always go to plan.

The tide was also coming in but shouldn’t have been at full flow so I thought it would be safe enough. There were also a few windsurfers rigging up as well but I was the only kitesurfer there as it was early morning. 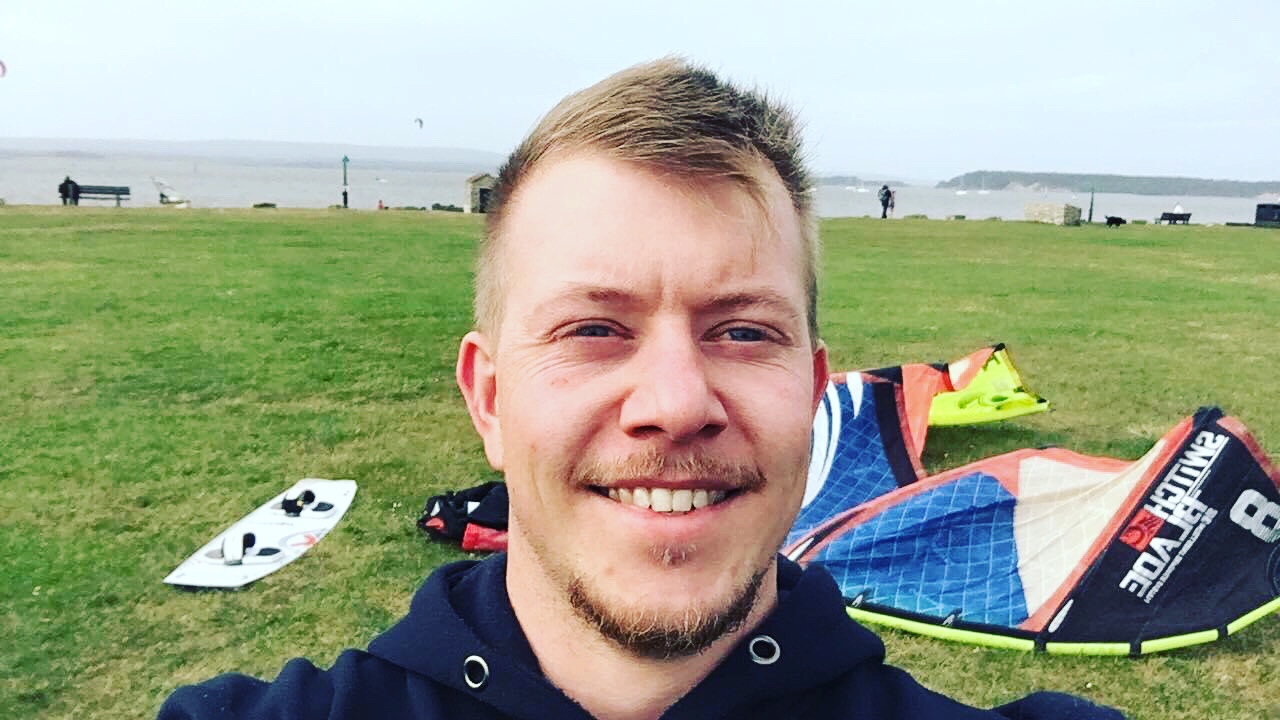 I got out on the water and went on a long reach to find the stronger wind funneling through the harbour. Unfortunately once I got out the wind that was cross-off-shore on land turned out to be much more off-shore when on the water (not ideal even for an experienced kitesurfer) with plenty of gusty wind funnels and wind shadows as the wind was coming from over land as well as through the harbour.

Once out on the water the incoming tide proved stronger than expected. Anyone familiar with Poole harbour or other large harbours can attest to the large volume of water and strong tidal flows that can occur.

While I am used to the strong tidal streams present in the area, I was contending with two forces of nature, wind with tide, against the direction of my intended launch/landing site.

Of course, the tidal flow has the added feature of reducing the apparent speed of the wind since it is pushing you in the same direction. This meant that at best I was able to kite parallel to the small beach and unable to climb back upwind to the launch spot.

I attempted to make my way upwind in vain and tried to meander my way past some yachts on swing moorings (great on windy days to measure the height of your jumps against the yacht masts).

Typically this is not a problem when there is sufficient wind however these particular moorings were in a wind shadow on this occasion so as I went past a few of them the kite started to falter and nearly fell from the sky.

Wishing to avoid wrapping the kite and lines around someone’s pride and joy yacht I managed to keep the kite in the air and drifted out from within the moorings.

At this point it was increasingly apparent that I would not be able to get back to the shore from which launched so I looked at the other bank of the harbour and decided that the safest option would be to land on the other side.  Now just to make it clear, this is not ideal since the other side of the harbour is a nature reserve with no houses nearby or easy way back barefoot.

I went across and kited up to a spot on the beach on the other side backed by thick thorn bushes, undergrowth and trees but with enough space to hopefully land the kite. As I stepped off the board my feet sank in the thick, sludgy, sandy mud with some sharp stones and shells thrown in for good measure.

My feet continued to sink down with every step until I made it up onto the sand. After a few attempts to land the kite from the beach unsuccessfully I ventured back into the thick mud and then managed to get the kite down.

With few options I deflated and rolled up my kite and stashed the kite, bar, board, harness in the bushes out of sight and proceeded with the next part of the self rescue. With the kitesurfing leg out of the way I concluded the quickest way back would be to swim back across the harbour.

This entailed swimming approximately ¾ of a mile (1.2 km) back against the wind and tide. At some points I was moving quicker sideways due to the tidal push than I was moving forwards but after some time made it back across, albeit a few km away from the car park. The third leg of this unexpected triathlon involved jogging back to the car park along the roads barefoot. 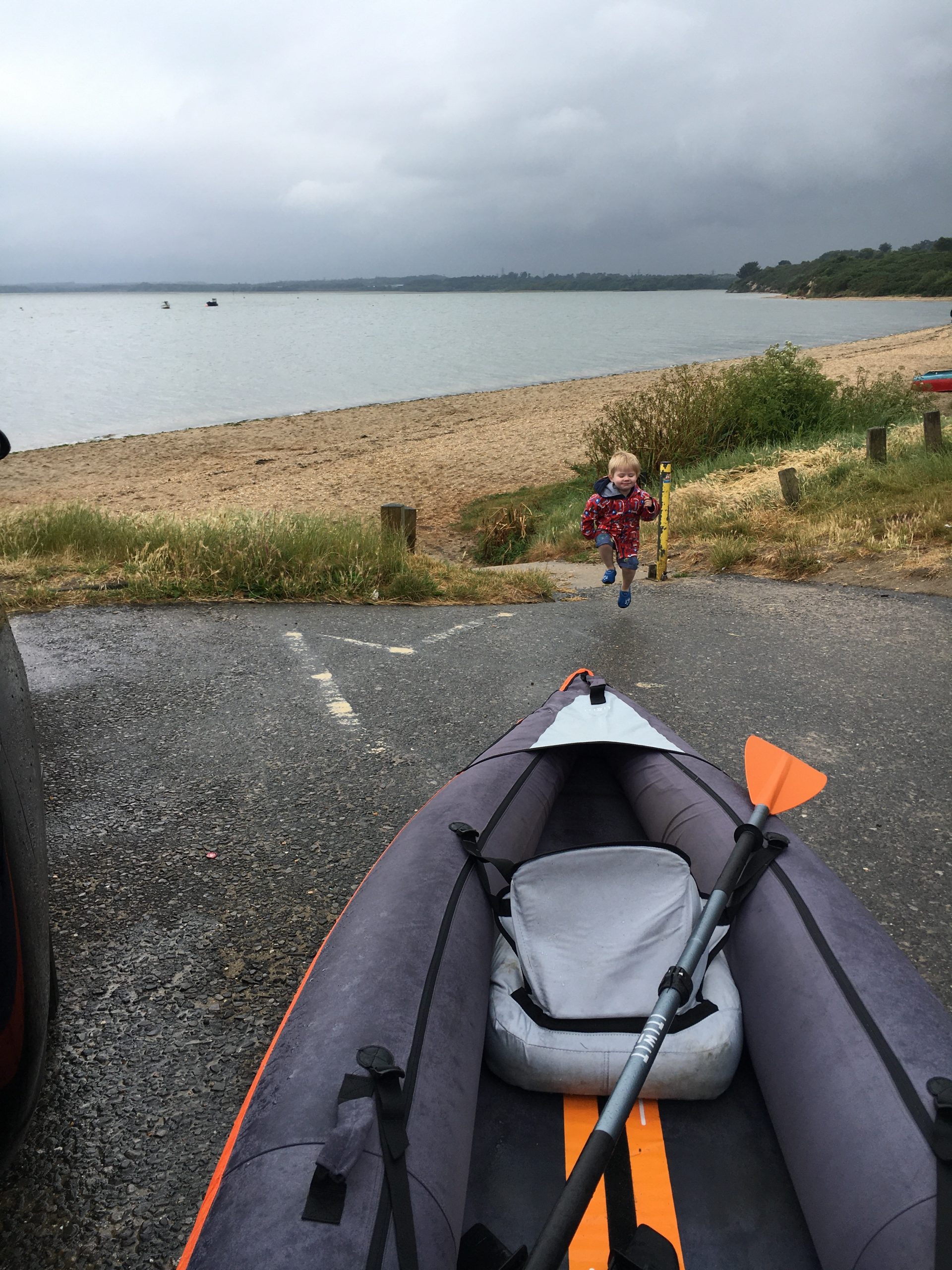 Eventually back at the car I made it back home and later in the afternoon took the kayak out across the water to collect the gear. The wind and tide was still strong and it was raining (notice grey clouds in the photo above) but I was glad to have an oar this time!

Anyone who has been kiting for long enough has similar stories and there is no doubt this was an unfortunate epic kite fail but thankfully no injuries were sustained (apart from a few cuts on my feet from shells in the mud) and fortunately no equipment was broken.  I will add the caveat that I am familiar with the location and was fortunate to be inside the harbour.

Had I intended to kite off the seafront, I would have considered the wind conditions carefully and would not have taken the risk of going in the water in off-shore conditions. I would advise anyone against kiting in off-shore conditions unless you are very experienced, have local knowledge, proper backup and/or safety cover. If you are a beginner take lessons and follow local guidance.